NBC 6’s Ari Odzer reports from Braddock High school, which is setting an example for other schools.

There was a time in the not-too-distant past when G. Holmes Braddock Senior High School was one of the nation’s largest, most overcrowded schools in the nation. It had more than 6,000 students attending class in multiple shifts.

Those days are long gone. Now Braddock has half as many students but a full array of innovative programs, including the Visual and Performing Arts Academy. It includes theatre, dance, music, and visual arts.

“This really boosts their confidence and it really puts them out there and lets them know it’s not so bad, getting out in front of an audience and doing their thing,” said principal Allen Breeding, as he watched the theatre troupe rehearsing.

There are 180 Braddock Bulldogs enrolled in the Naval JROTC program, learning teamwork, discipline, and how to stay on task.

“The beauty of Braddock is you can make anything happen here, you’re not just limited to academics,” said magnet programs director Yvette Carrion.

Braddock has academics for the highest achievers, including the Information Technology, Cambridge Global Studies, and the Cambridge iPrep magnet programs.

“There’s a study that was done by the University of Florida that students who were part of the Cambridge curriculum during high school had a higher GPA when they finish college,” Carrion said.

Braddock has a communications technology class which is doing amazing things with animation.

“They get a lot of real-world experience working with industry-standard software,” said teacher Alex Perdomo, describing his students’ experience. “Then apply all that they’re learned and actually get a job with it in the graphics field or the arts field with it.”

“I think it’s important,” added Breeding, “especially with the way the world’s moving now, the technology you have to know and the things you have to do, it really gives these students an edge.”

From high tech to sports to a marching band that sounds like it could blow the roof off the gym, the Braddock Bulldogs are definitely more bite than bark. 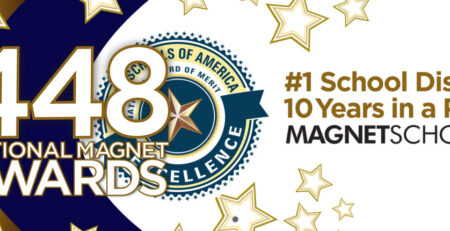 M-DCPS Receives More National Magnet Merit Awards than any other District in the U.S. 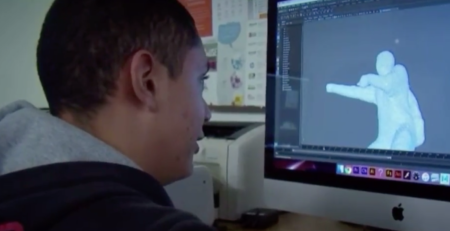 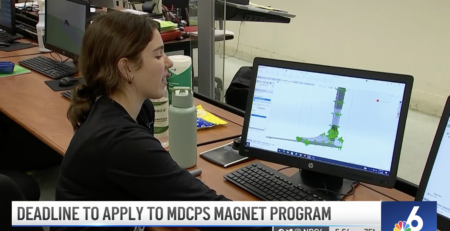 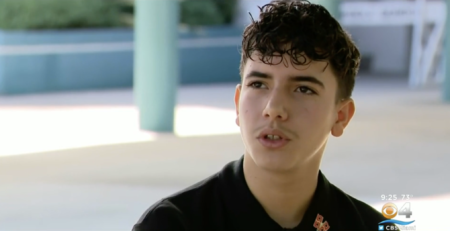 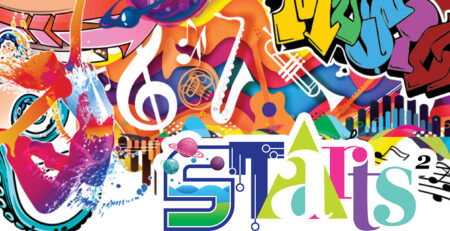 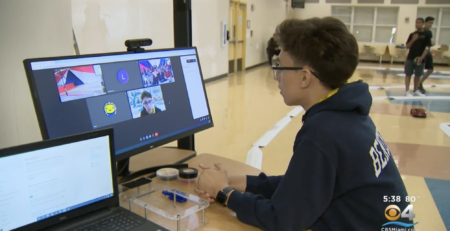